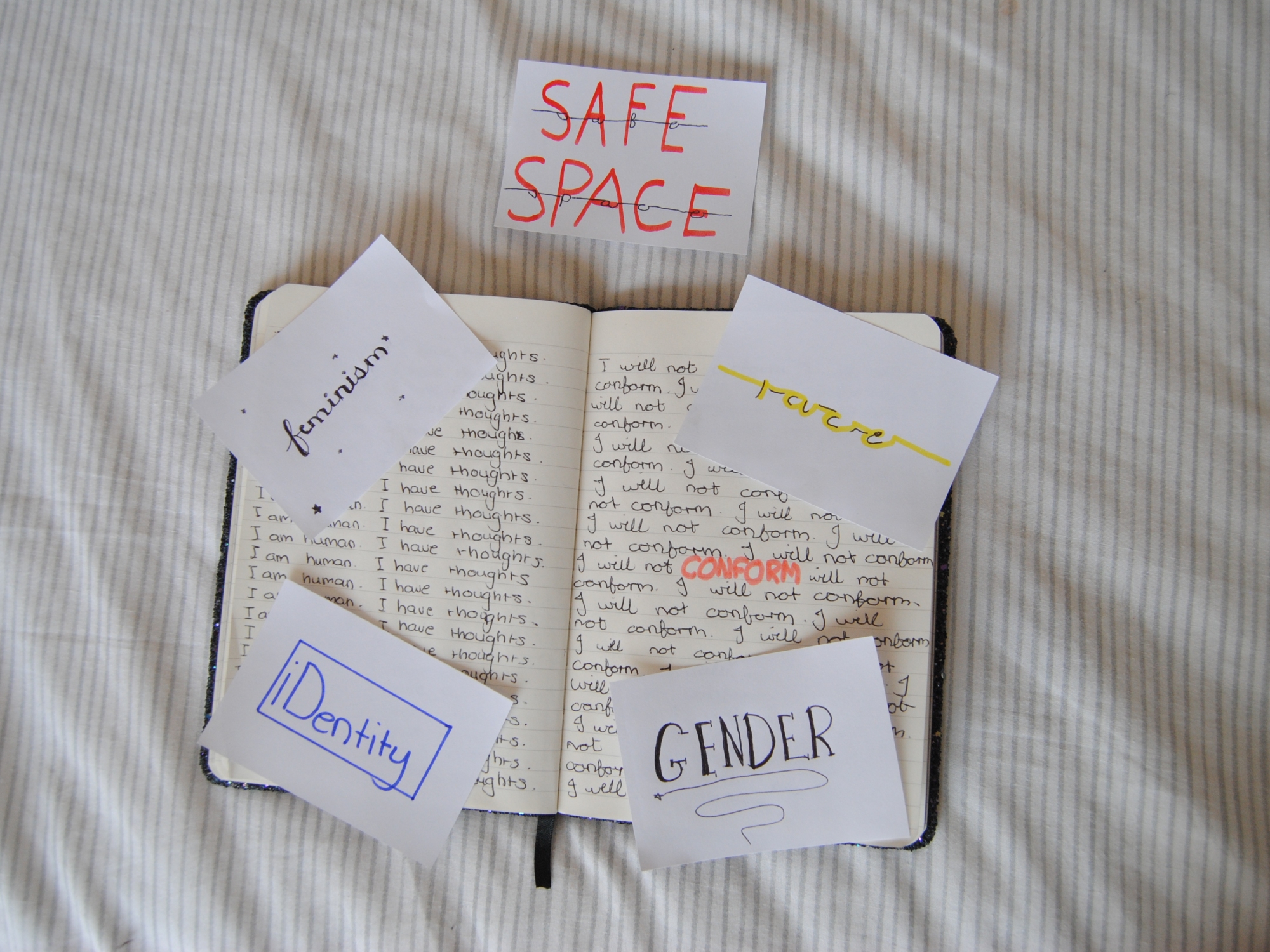 It’s a phrase that we hear so often and it’s often designed to bring us a sense of comfort and safety. Particularly if it’s surrounding something where we are stepping out of our comfort zone or sharing our private thoughts. It’s a safe space. This sentence or phrase is meant to be assuring and let us know that we are allowed to express our free thinking thoughts openly. But what is a safe space actually and how do we define the realms of in which this space exists?

By social definition, it as an open space for people to speak about their feelings and ideas about their immediate reality without being judged, harassed or discriminated against. So by this definition, it should be a space to critic ideas or spread personally views without judgement whether that view is women empowerment or justifying the rape of women because it’s a safe space. However, the box has instantly been created when I mentioned the idea of people able to freely speak about the rape of women – in some cases, this may very well be accepted but to the larger society, it is simply wrong and immoral. So suddenly this inclusionary space has become exclusionary. Now I’m not saying that it’s right to justify rape – it isn’t nor will it ever be. However, the social definition of safe spaces isn’t necessarily the most accurate.

The definition on Google has three words that completely change the understanding of what this ideal means. The words “category of people” allow us to re-evaluate what these words really mean because ultimately a safe space is only a safe space to the group of people that pertain to the realms in which that safe space exists – thus it’s not really the safe space that people perceive it to be.

Let me share an example of this, I recently auditioned for a spoken word evening and I wasn’t granted permission to present my piece. The reason – the organiser of the event stated – was that the event was designed to showcase all different perceptions of what happens within in that person’s given reality but my piece was harmful to this space and stopped it from being a safe space – contradictory much?
She then told me that I could reaudition with a piece that “suited the theme of the event”.

Basically, if I wanted to present a piece I would have to lie about how I understood and perceived society to keep the tender balance of the boxed-in space created. I was allowed an opinion but only if it followed the trend because forbid it if someone actually spoke out about what people had to say that wasn’t the “norm”.

These intricately processed spaces aren’t spaces at all – they are a category. A great minds think alike. A sphere where the same narrative can continue to be the gospel without this ever being questioned because if someone even dares to question it, they are removed from the safe space or excluded from it. It’s a space that is safe for people to speak about the decided thing and judgemental and harsh towards anyone against it. It’s not a space – it’s a box. 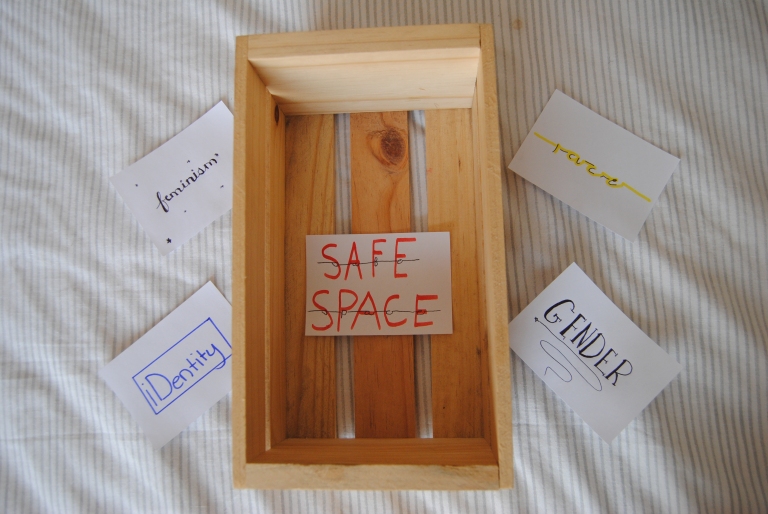